If you would have pulled me aside one year ago and told me that I would spend the majority of 2013 living in Thailand, I wouldn’t have believed you. The original plan was to come over for a 4-month visit. God loves to tweak our plans and when we don’t have plans of our own… he knows how to set our course.

In honor of the New Year, I’ve come up with the “Thailand’s Top 13 of 2013.” These are my most memorable moments in short and in pictures. Enjoy!

13. When we put together our first custom bicycle order for a local ministry. The fact that we were making money off our business idea before we even had paint on the walls was pretty encouraging. We look to 2014 to launch the new endeavor, have a grand opening, and start our discipleship program for street kids.

12. In the spring and in the fall we had many Journey participants who were serving in ministry at local migrant schools. They were teaching English and coming up with creative ideas for lots of fun. We put on two carnival days with face paint, relay races, and dance parties. When we left, we learned that the kids at one of the schools had never had a party before. Worth it.

11. You only turn 30 once. What better way to celebrate than with a nation-wide water fight. My birthday coincides with Thai New Year and the Songkran water-throwing festival. Anytime you get a giant water gun for a gift, you know it’s going to be a good day. My team, family, and friends both near and far made it a memorable 30th. 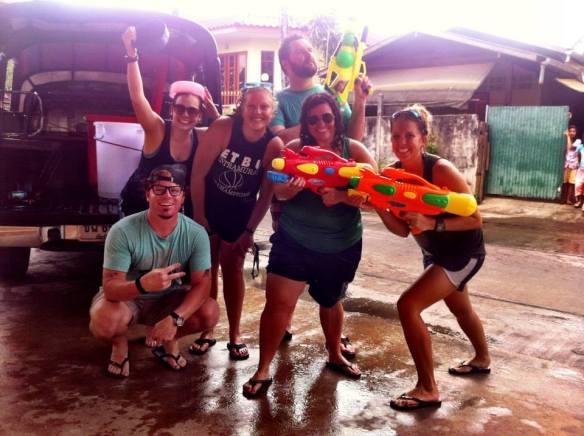 10. Sometimes people invade your heart in ways you can’t fully describe. That’s what happened after we discovered and built relationships with a children’s home on the outskirts of Mae Sot. New Jerusalem Children’s Home is one of the reason it’s become so easy to return time and time again. Kayla and I taught English to them this fall, but after we challenged them to finish a 500 piece “Toy Story” puzzle, we had one of our favorite days. It included two trash bags full of popcorn and a special screening. The kids sat in rapt attention, ate until they couldn’t eat anymore, and laughed and gasped at all the right moments.

9. Most Sundays in 2013 were Burma days… and while there are some incredible moments, I loved every minute we spend across the border. We have returned and built relationships with kids and families. These relationships have allowed us to hear their stories; some hard to hear and fathom. I’ve never wished for Sundays to come around as much as I did in 2013.

8. All this work, including some of the moments listed further down the list, leaves one looking for a break. In August, that’s exactly what Christin and I did. We took a mini-vacation to an island and spent time laying on the beach, motoring around the winding roads, fishing in the deep blue waters, and trekking to amazing waterfalls. Koh Chang island was a great week with a great co-leader and friend.

7. One of our ministries in the spring included visiting and teaching at “The Refuge,” a children’s home that Outpour Movement supports. Ray and Candace organized a special trip for all the kids to leave the refugee camp with us and visit a local cave and waterfall. There are no words for how incredible and enormous the cave was to explore. The most exciting part though, was watching the kids climb the walls in the cave and dive into the waters fully-clothed. We topped it off with an epic sunset I’ll never forget.

6.  You can look at the visa and border regulations to get into Burma as a hassle, or you can make the best of it. Forced to leave Thailand via another route to renew our visas led to a special excursion to Kuala Lumpur Malaysia for Christin, Seth, and I. Exploring a new city with good friends and quite randomly and unexpectedly getting into the Backstreet Boys reunion concert for free… that makes this memory stand out.

5.  It’s hard to be away from home for the holidays, but I wouldn’t have traded my experience this Thanksgiving with our Famous Ray’s employees. Our holiday looked a little like Christmas, but we enjoyed sharing our traditional Thanksgiving foods and traditions with people we now consider family. 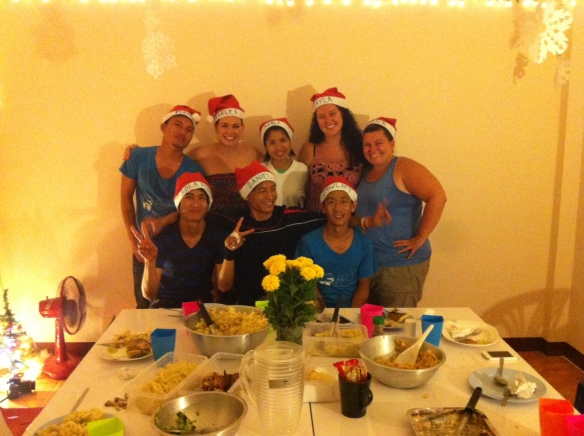 4. This spot on the list goes to a person rather than a single memory. The days and moments we spent with Khin Saw Lin, a 13-year-old street kid, won’t seen fade away. Our hearts were so full of love for him the instant he showed up on our door-step, but even through months of hardship and turmoil… our love for him only grew. He is the fuel for our fire to do more for kids in the area. Everything we do beyond this year will reflect what we learned through Him. We’ll keep fighting for more change in 2014, because he was a part of 2013.

3. Our fall team worked hard in ministry and developing our bicycle shop, but we did get one weekend away to enjoy one of the most “pinned” events on Pinterest. We traveled to Chiang Mai to celebrate Loi Krathong, known as the Thai Lantern Festival. The moment 10,000 paper lanterns were simultaneously released into the air is one I can’t describe, recreate, or forget. Pure. Child-like. Joy. I’ll never forget it.

2. The last week of July brought 5 days of torrential rain. It didn’t stop pouring for five straight days. The water in the streets began to rise, and they began to come up to our doors. On the last day our summer Campaign team was in Mae Sot, just hours before our bus ride to Bangkok, we had to drop everything to flag down the last passing truck, hop in the back, and hitch a ride through the flooded city-streets to the bus station. We made it out safely, but the people along the border suffered greatly. It was hard to be away at home in August knowing that our friends in Mae Sot were trying to rebuild and recover from devastating loss of life and property.

1. Obviously, the most unforgettable moment of 2013 is the grand opening of Famous Ray’s Burger Restaurant. This was the reason to cross oceans, put belongings in storage, leave family and friends, and work tirelessly for 4 months. I loved spending my days working to give 6 people consistent, fair-paying jobs, and to sustain our partner children’s homes. We wanted to leave something behind, but building a fully functioning restaurant was an audacious goal. Completing the project tops the chart because I know I’ll never forget learning what is possible with a lot of hard work and tons of faith that the Lord always shows up. 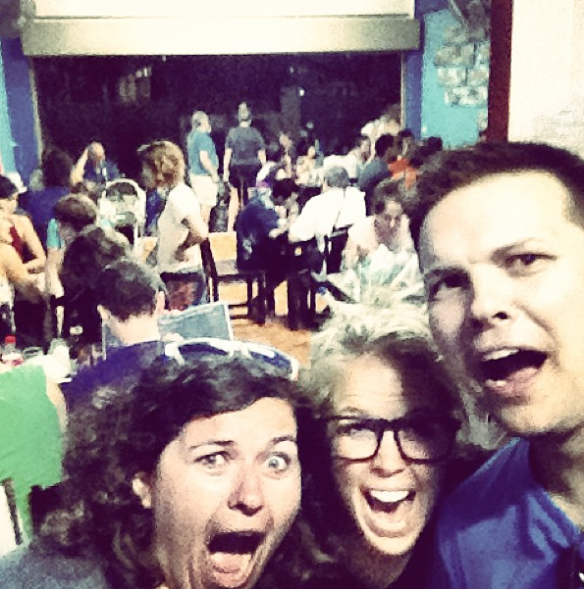 2014 is going to be another year of memories. I”m headed back on January 28th to complete our second project, Famous Ray’s Bicycle shop. Please consider donating to my ministry. I’m looking to raise $3,000 to live, work, and serve in ministry for 3 months. You can donate online or mail in a check.  (If you would like to make a financial contribution by check, you can make checks payable to “Kingdom Incorporated Ministries” and include who the donation is for in the memo. Mail to: PO Box 98438 Atlanta, GA 30359)  I promise I’ll make the most of your generosity and I know it will go towards creating change in my beloved Thailand community.

So here’s to 2014… “CLINK”… may it be overflowing with goodness and grace!

Well, what do you think? Cancel reply